In 2019, 15.5 EJ of heat was produced globally via heat only and combined heat and power plants. Coal and natural gas have a combined share of more than 85% in the global heat production. Renewable energy technologies including biomass, geothermal and solar thermal have doubled their share in the global heat production over the past 19 years. 97% of all renewable heat produced was from biomass with minor contribution from geothermal and solar thermal technologies.

In the transport sector, crude oil and oil products contribute 92% of the energy needs. Liquid biofuels and biogas are a sustainable option for the sector right now. Biofuels have a share of 3.3% and have experienced a growth of 13%.

In 2019, domestic supply of biomass was 56.9 EJ globally. 85% of the domestic supply was from solid biomass sources including wood chips, wood pellets and traditional biomass sources. Liquid biofuels accounted for 8%, municipal and industrial waste sectors accounted for 5% followed by biogas at 2%. In 2020, 1.93 billion m3 of wood fuel was produced globally. Africa and Asia had the highest share of wood fuel production with a contribution of 36% and 37% respectively. Wood pellets are one of the fastest growing bioenergy sectors worldwide. In 2019, 40.5 million tonnes of pellets were estimated to be produced globally. In 2019, 53.6 million tonnes of wood charcoal were produced globally with Africa accounting for 65% of the global production.

In 2019, 655 TWh of electricity was generated from biomass globally. 68% of all biopower generated was from solid biomass sources followed by 17% from municipal and industrial waste. Asia accounted for 39% of all biopower generated globally with 255 TWh of production in 2019 followed by Europe at 35%. Electricity only plants are designed to produce electricity only. In 2019, 428 TWh of biopower was estimated to be produced in electricity only plants. CHP or Combined Heat and Power plants refer to those plants that are designed to produce both heat and electricity. In 2019, 280 TWh of biopower was generated globally from biomass CHP. 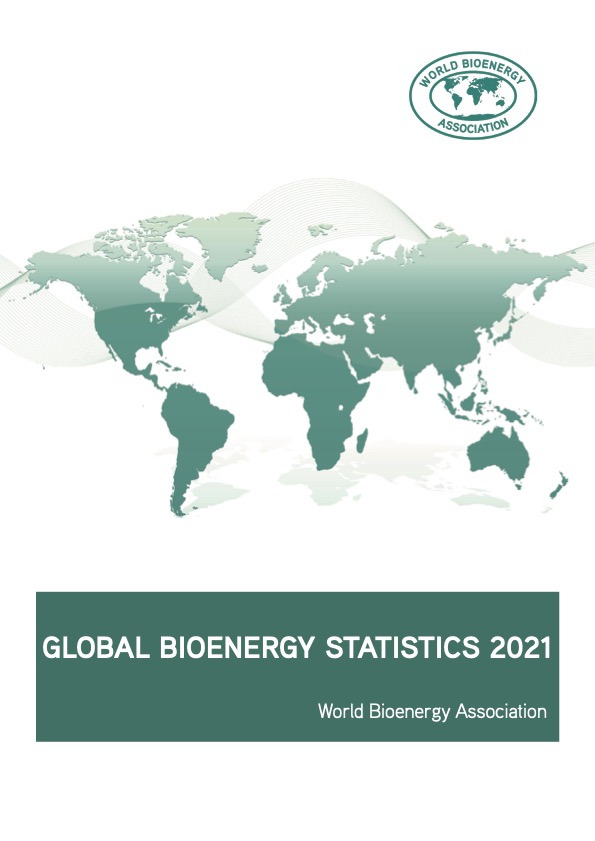