World Bioenergy Association (WBA) is pleased to announce the publication of the Global Bioenergy Statistics 2019 report. The report is the 5th in the series of reports focussing on bioenergy developments from around the world.

Fossil fuels dominate our energy mix and the dependence continued in recent years. During 2016 – 2017, the primary energy supply of fossil fuels has increased more than the supply of renewable energy sources. The 1.5% increase in total primary energy supply during 2016 – 17 has been matched by coal, oil and natural gas while renewables are lagging behind (0.7%). This trend appears to continue to 2018 and 2019 as well.

Among renewable energy sources, bioenergy (energy from bio-based sources) is the largest. In 2017, bioenergy accounted for 70% of the renewable energy consumption. The contribution of bioenergy share has been decreasing by a few percentage points (approx. 0.5% - 1%) annually partly due to decreasing use of traditional biomass sources.

Almost half of all energy consumption is in the form of heat – space heating for residential and commercial establishments and heating demand for industrial processes. One of the most widely used renewable energy source for derived heating is biomass which has a 96% share in the renewable heat market globally.

Biomass dominates the end use sector of direct heating. In 2017, 40 EJ of biomass was consumed in end use sectors of residential, commercial, agriculture etc. for heating and cooking purposes which accounts for about 95% of renewable energy use in these sectors.

In 2017, 55.6 EJ of biomass was utilized for energy purposes – 86% of the use was in the form of primary solid biofuels including wood chips, wood pellets, fuelwood for cooking and heating etc. 7% of the biomass was used as liquid biofuels. Biogas, municipal waste, industrial waste had almost equal share at 2 – 3%.

One of the most promising sectors for growth in bioenergy production is in the form of residues from agriculture sector. Currently, the sector contributes less than 3% to the total bio- energy production. Data shows that utilizing the residues from all major crops for energy can generate approx. 4.3 billion tonnes (low estimate) to 9.4 billion tonnes (high estimate) annually around the world. Utilizing standard energy conversion factors, the theoretical energy potential from residues can be in the range of 17.8 EJ to 82.3 EJ. The major contribution would be from cereals – mainly maize, rice and wheat. Energy generation from agricultural residues could meet about 3 – 14% of the total energy supply globally.

The forestry sector is the largest contributor to the bioenergy mix globally. Forestry products including charcoal, fuelwood, pellets and wood chips account for more than 85% of all the biomass used for energy purposes. One of the primary products from forests that are used for bioenergy production is woodfuel. Most of the woodfuel is used for traditional cooking and heating in developing countries in Asia and Africa. Globally, 1.9 billion m3 of woodfuel was used for energy purposes.

Special sectors deal with data on biogas, pellets and charcoal. In 2018, 35.4 million tonnes of wood pellets were produced – 55% of the production occurred in Europe while Americas (mainly USA) accounted for 31%. In 2017, 1.33 EJ of biogas was produced globally while Europe accounted for more than half of the annual production. With regard to charcoal, 51.6 million tonnes of charcoal were produced globally with Africa as the main producer and consumer of charcoal accounting for 65% of the production and using predominantly for cooking. 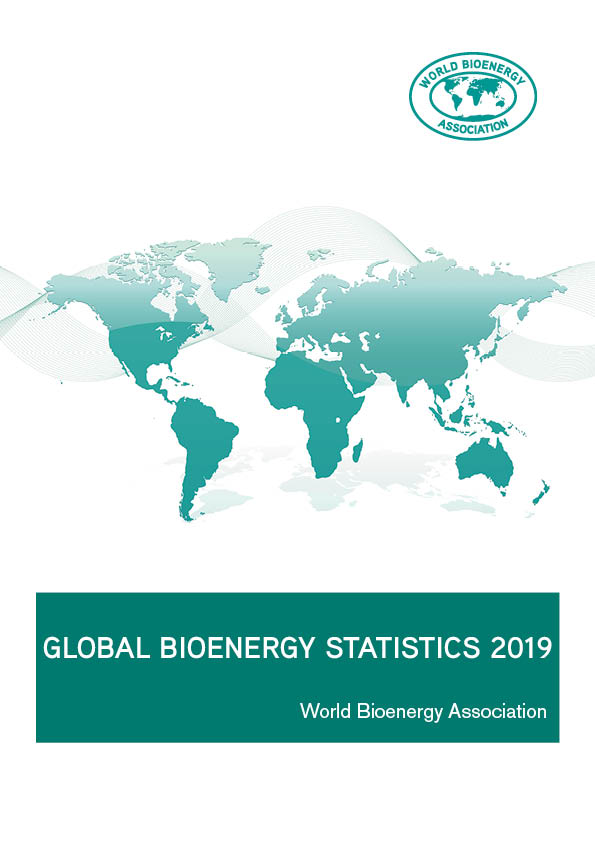