Seeing the wood for the trees

Biomass is Europe’s largest source of renewable energy, currently accounting for almost 60% of our renewable energy mix and 11.5% of the EU’s final energy consumption. Sustainably sourced primary or woody biomass accounts for almost half of all biomass consumed in the EU, making it an essential feedstock for Europe’s energy security.

The European Parliament and European Commission have proposed to increase Europe’s renewable energy targets to 45% by 2030, meaning that the EU must approximately double its renewable energy output in less than 10 years. RePowerEU also seeks to move away from Russian-sourced energy, with an immediate focus on Europe building out domestic, renewable supply. The revised Renewable Energy Directive (RED III) therefore comes at a critical time for the energy sector, with supply chains impacted by the fall-out of the war in Ukraine, and with consumers across Europe suffering from the economic implications of a contracting supply.

Just one week before RED III goes to a Plenary vote in Parliament, this Hybrid Conference, hosted by the World Bioenergy Association, supported by Bioenergy Europe and with EURACTIV as Media Partner, looked at the text of RED III, and the amendments proposed by the European Parliament. The event heard views from the forestry, policymaking, academic and analyst communities on the potential impacts RED III could have on the EU biomass- and hence renewable energy markets.

Watch the recording below: 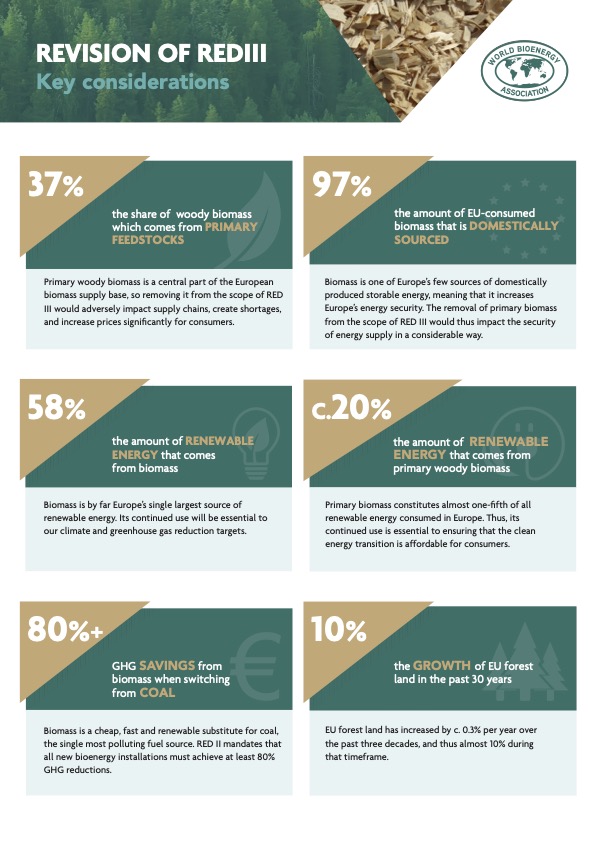