Bioenergy – an ideal solution for environment and energy challenge in China

A delegation led by the Executive Vice Governor of People’s Government of Jilin Province Wu Jingping visited WBA Secretariat to discuss cooperation in the field of bioenergy. After a brief presentation about WBA and activities in China by the Secretariat, the Vice Governor appreciated the efforts of WBA in contributing to sustainable bioenergy development. In September 2017, WBA had opened its first branch office in China in Jilin province.

The Vice Governor highlighted the role of bioenergy in meeting energy challenges in end uses of electricity, heat, cooling and transport sectors. In Jilin province, one of the most widely available feedstocks is wheat straw. 40 million tonnes of wheat straw is produced annually which is usually burnt/left on the fields leading to environmental pollution.

A new policy in the province has led to a ban on burning wheat straw on the field. Effective implementation of the policy ensured that 55% of the straw has been either utilized for fertilizer on the field or combusted in power plants to generate heat and replace the use of coal. The challenge remains to reduce on field straw burning to negligible amounts.

At the meeting, it was discussed that potential for setting up of a new R&D institute focusing on agriculture residues in Jilin province, connecting European companies with local Jilin power plant developers and increasing delegation exchanges among academia, private sector and civil society between Jilin and Sweden would ensure strengthening cooperation between Jilin province and WBA.

The delegation from Jilin included:

The delegation was met by Bharadwaj Kummamuru, Executive Director of WBA and Karin Haara, Senior Advisor of WBA. WBA Board member and Vice President Hong Hao was also part of the delegation. 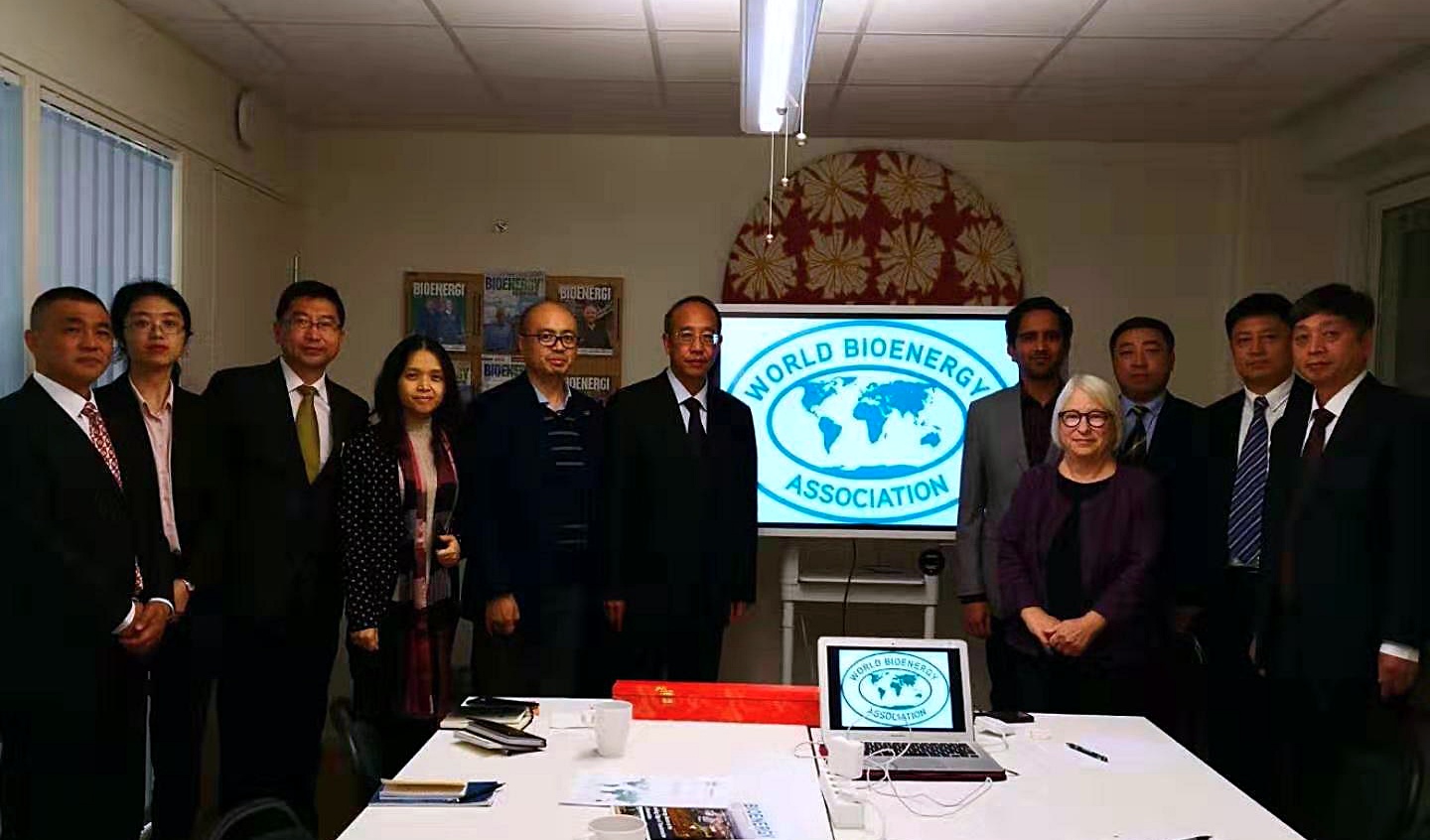