Kazakhstan has potential for increasing biomass use for energy

World Bioenergy Association was invited to attend the XI KAZENERGY Eurasian Forum held during 7 – 8 September 2017 in Astana, Kazakhstan. The forum is a key event for the region which facilitates discussion of world energy companies on issues related to sustainable utilization of resources, energy access, climate change and alternative energy. The topic of the current forum was ‘Securing the future of energy’.

This is the first-time WBA was present in the region. Kazakhstan has immense fossil fuel resources including coal, oil and gas. However, there is increasing and ongoing discussion on renewable energy future. The country is now producing 12% of its electricity from hydropower while the rest of the renewables contribute to less than 1%. There is potential in utilizing more solar, wind and biomass in increasing the renewable share in the country.

WBA President, Remigijus Lapinskas was an invited speaker at the session on ‘Clean Energy – Contribution to the Future’. The session was focussed on encouraging discussions on profitability of green energy resources, stimulating investment, best policy approach and the prospects of renewable energy technologies in varying national and regional contexts.

Kazakhstan has immense potential in biomass resources in the agricultural sector. Every year, millions of tons of straw – especially from wheat – are burned in the fields or left to rot. This is an issue in other Asian countries as well, for e.g. China and India.

“In Kazakhstan, the utilization of agricultural residues for heat and electricity looks promising. The future development of biomass is encouraging and we encourage our members and other technology companies to explore the possibility of technology and knowledge transfer to the region” – says Remigijus Lapinskas, President, WBA.

The key sectors for bioenergy development include co-firing coal with biomass, use of biomass for production of heat in district heating sector and industry and the use of excess residues for liquid biofuels production. WBA is working on cooperation with the local stakeholders in increasing the utilization of biomass in the region. 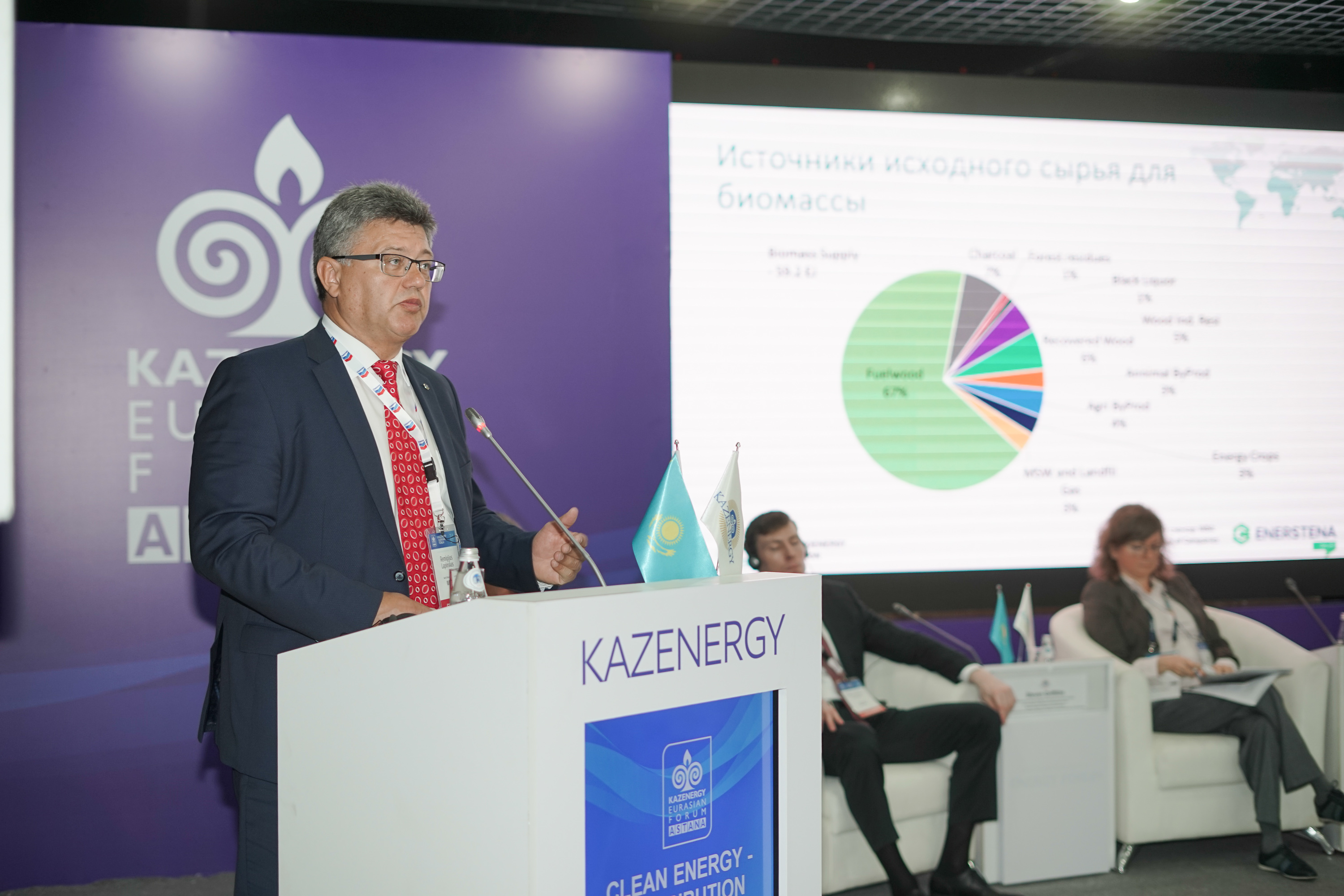